Posted on April 28, 2022 by Patrick Shansoff Leave a comment 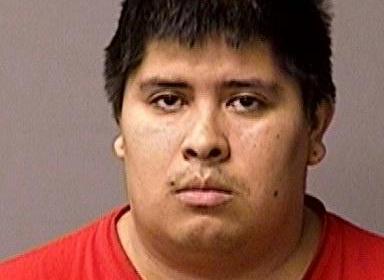 On Wednesday, April 27th, 2022, at 11:14 am, members of the Turlock Police Department’s Special Investigations Unit (SIU) arrested Christian Alberto Alvarado, 26, of Modesto, at his home in connection with a sex offense investigation.

During the investigation, officers learned that the 16-year old female victim had been sexually assaulted by Alvarado on Sunday, April 17th, which was several days before she came forward, at a Turlock motel.

The officer conducting the initial investigation was able to collect enough evidence of the allegations to make an arrest, however, Alvarado’s whereabouts were unknown at the time.

Yesterday morning, SIU investigators working the case located Alvarado at his Modesto home and arrested him.

“We applaud the courage of the young woman who came forward to report this,” said Lieutenant Neil Cervenka. “She will never know how many other crimes this may prevent,” he continued.

After being questioned, Alvarado was booked into the Stanislaus County Public Safety Center on charges of oral copulation with a juvenile.